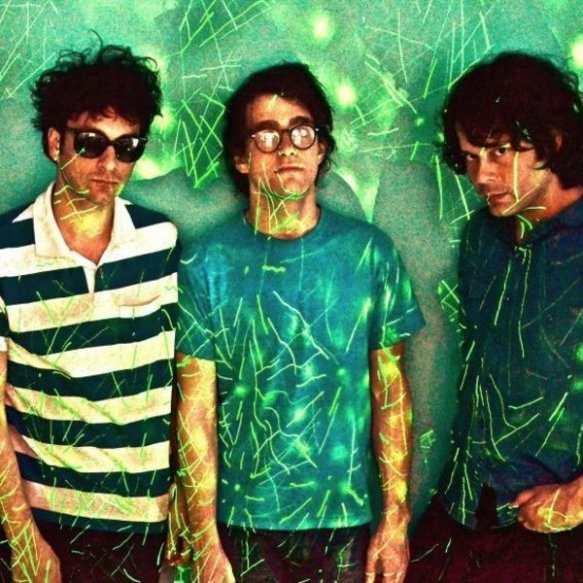 What’s in a band name? Often just a twisted version of another name

Keeping up with today’s popular music performers is like walking past a funhouse mirror. For every favorite culture or literary hero you or anyone else is liable to have had, real or fictional, there’s probably a contemporary Rock act appropriating the name. Sometimes it’s done as a straight-up tribute; sometimes it’s presented in a humorous or punny way.

Just check the Cincinnati concert listings. On Thursday night, Gringo Star plays Northside Tavern (that’s them in the photo). No, it’s not the drummer of The Beatles in a mischievous mood. Rather, it’s a young Atlanta band celebrating the release of its debut album All Yall, whose scrappy, tuneful sound and concise songwriting recall The Kinks and Rolling Stones.

On Friday, Steve E. Nix and the Cute Lepers — not by a long shot the bewitching female singer of Fleetwood Mac and some critically ill pals — is at Southgate House. Natalie Portman’s Shaved Head arrives at the Mad Hatter April 14.

And that’s not counting acts who have either been here recently or could come if they chose — Joe Buck Yourself, the Lloyd Dobler Effect, Merle Jagger, Franz Ferdinand, Abe Vigoda, Jackie-O Motherfucker and too many more to list.

There are so many such acts there could be a festival devoted to them. In fact, the close but prickly relationship between two such bands — The Dandy Warhols and Brian Jonestown Massacre — was the subject of an award-winning documentary a few years back, DiG!

What’s causing all this? In a word, cleverness. Maybe too much.

“The short answer is that, more often than not, the Spinal Tap axiom applies: ‘There’s a fine line between clever and stupid,’ ” says Aaron M. Kerley, an instructor in Humanities, Media and Cultural Studies at University of Cincinnati’s College of Applied Science. “When it’s done right, you end up with Warhol’s silkscreen of Mao — recognizable as a celebrity icon (and) playing off the celebrity icon but slightly debasing the notion of celebrity as well, recasting the icon in a contemporary context.

“Of course, when it’s too obvious or it reveals little about the artist and the art or makes no real comment, it is merely clever for its own sake. It exploits the reference rather than contributing new meaning to it. It’s merely jokey: ‘Ha ha.’ ”

The specific reasons for these names vary as greatly as the names themselves. Nicholas Firgiuele of Gringo Star explains, that it was never the band’s intention to name-check Ringo. The “Gringo” reference was a nod to their outsiderish love of Mexican culture — the cuisine as well as the mariachi music — and the “Star” just sounded good.

And there was a wise reason to not spell its name “Starr,” like the Beatles drummer, Firgiuele says: “There’s also an Austin band called Ringo Deathstarr.”

The real Ringo — who was born Richard Starkey — has stopped Gringo Star from copyrighting its name but is otherwise alright with its existence.

The River Phoenix, a new Danish Post Punk/Power Pop band, makes a pun out of the deceased actor River Phoenix’s first name by putting a “the” in front of it.

“Over the years, struggling as a band, our friendship got stronger and stronger,” says its lead singer, Kristian Kristensen. “It was rather like the movie Stand By Me, starring the late River Phoenix as a young boy, in the sense of that friendship, and suddenly it seemed to tie in with the quest we were on. Stand By Me sounded too sweet as a band name though — like a Danielle Steele novel!”

Actually, there’s a long history of referential names in popular music. In the early 1960s, Chubby Checker became a teen sensation with a name that reverse-echoed Rock pioneer Fats Domino. And The Beatles’ name was a somewhat obscure insect shout-out to one of their favorites, The Crickets, Buddy Holly’s band.

The Punk and New Wave era was filled with acts rebelling against cultural complacency and hero worship: Elvis Costello riffed on Elvis Presley, and The Dead Kennedys, led by one Jello Biafra, were in-your-face about it.

The plethora of acts with such names today is partly a result of Rock — especially literate, artsy Alternative Rock — becoming a legitimate career path for college grads. They want to show you what they’ve learned.

Patrick Stickles, singer/guitarist/keyboard player for Titus Andronicus — a thrashingly melodic New Jersey band in the tradition of The Clash — was a literature major at Ramapo College in New Jersey. He says he had a great class in Shakespeare “one magical semester.”

Thus his band is named after one of Shakespeare’s earliest — and goriest — plays. (The band plays the Southgate House on April 23.)

“The truth is it isn’t one of the better Shakespeare plays, but I do think it has the best name,” he says of Titus Andronicus. “So I thought, he’s been dead for a while and probably won’t mind if we borrow it.”